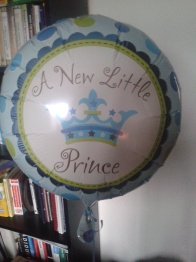 Subhan’Allah, I have recently remembered two sunan of the Prophet SAW, which I knew, but never implemented consistently…

I have a new beautiful blessing from Al Wahhab alhamdullilah: a baby boy. So I get up in the night to feed and change him. I go to the bathroom to put warm water in a small bowl to use for changing his nappy. It was on one of these occasions that I found myself wary of dipping my cotton wool into the bowl…But I have just woken up and haven’t washed my hands before dipping my hand into a bowl, I thought.

That’s when I recalled the hadith of the Prophet SAW where he said:

“When one of you wakes up from sleep, he must not dip his hand into a utensil until he washes it three times…” (Muslim)

That’s why I felt wary! I couldn’t recall the hadith in its entirety, but I recalled the command to wash the hands three times post waking up alhamdullilah. A sunnah I’ve now begun implementing, ahamdullilah.

This lead to another thought. Another sunnah which I’d read of, which I was trying to make habitual.

So again, whilst on this trip to get water to change the little one, Allah reminded me of another post waking up etiquette: to snuff water up one’s nose three times, as per the hadith of the Prophet SAW:

“When one of you wakes up from sleep, snuff water three times. For indeed, Shaitaan spends the night in the upper part of his nose” (Bukhari)

When waking up to pray salaatul fajr (or for any other salah), one would precede it with wudu anyway, which includes snuffing water three times, as well as washing the hands three times, so one would have the commands of both ahadith covered insha’Allah. And Allah knows best.

But when one is simply waking up, and not for salah (after a nap, for example), snuffing water and washing the hands three times would need to be done as one would most likely not be performing wudu.

A side comment regarding the hadith which commands snuffing: The Prophet SAW said that the Shaitaan spends the night in our noses. So what does that mean? Exactly that; that indeed, the Shaitaan does spend the night in our noses! For the Prophet SAW speaks the truth and what is from him pertaining to our deen, is from Allah SWT. We must not fall into the traps of Shaitaan where one thinks ‘that’s weird’ or ‘how does the Shaitaan do that?’ etc. We have not been told, and we do not to need to know how, but we believe it with conviction due to who said it, SAW. So we implement it, without delving into the how, and move on.

To end, remember that the Prophet SAW said:

“Whoever revives an aspect of my Sunnah that is forgotten after my death, he will have a reward equivalent to that of the people who follow him, without it detracting in the least from their reward.” (At-Tirmidhi).